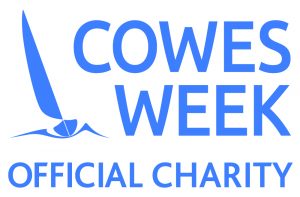 Cowes Week Limited is delighted to announce that the Official Charity for the 2020 edition of the regatta will be Greig City Academy’s, Scaramouche Sailing Trust. This six year old school sailing club, which became a charity last year, is an amazing initiative which gets young people from North London into the sport which everyone at Cowes Week, be they organisers, spectators, volunteers or competitors, loves so much.

Kate Johnson, Commercial & Marketing Director at CWL explained: “At Cowes Week we have a range of sponsors and commercial partners who support the regatta and help make it all happen. These partners share our thoughts that as an event we ought to give something back, and having an Official Charity allows us to highlight a group or a cause that we feel is deserving of attention and funding. Between now and the event we’ll be sharing a number of ways that you can support this great charity.”

Laurence Mead, Regatta Director at Cowes Week commented “I am absolutely delighted to be able to welcome the Greig City Academy’s Scaramouche Sailing Trust as the Official Charity of Cowes Week 2020. Since I first met this group a couple of years ago I’ve seen Jon Holt and his team take complete non-sailors from a North London school and help them become amazing young people, who are at ease with the world and who, just for good measure, are becoming really great sailors. I’ve sailed top level Etchells events with them and they have just the right balance of competitiveness and sportsmanship. They all give everything to their day on the water. I’ve sailed with sailors as young as 13 from Greig City Academy and on one occasion Ben Ainslie was in another competing boat. We were battling away with a five-time Olympic medallist and the young person in the middle was 13! He had a great attitude and hiked like he was in the America’s Cup himself. He wasn’t fazed by five Olympic medals!

Like a lot of charities, this one requires the driving force of a single-minded leader, and Jon Holt, having got the charity to this point with his incredible hard work and commitment, deserves every pound of support that we can muster. I can’t wait for Cowes Week 2020 to be able to present these great young people to everybody. Please give generously!”

Jon Holt on behalf of Greig City Academy commented: “It’s wonderful for our charity to have the support of Cowes Week but it’s also a great opportunity for all of our sailors to meet thousands of other passionate enthusiasts for this great sport. The sailing community have really taken us into their hearts and we really appreciate the support we receive and we look forward to making many new friends during Cowes Week 2020. Our sailors will be on hand racing a variety of boats and will be giving talks throughout the week about the Academy, our adventures and what it means to them as individuals.”